I dream of an Africa which is in peace with itself

In commemorative spirit Cognitive Paths in sync with others around the globe are celebrating a diasporic community hero Nelson Rolihlahla Mandela 1918-2013, who came to be known as “a father of a nation,” a family man of strength and absolute resilience in the face of fearsome adversity, who fought tirelessly for his people’s rights. And he was humorous, caricatured by his famous stint with the Spice Girls, a man who came to command respect, was never short of fervent speeches, lost but not forgotten.

Anti-apartheid revolutionary, Philanthropist and South Africa’s 1st black president 1994-1999, he will be remembered as an ikon and celebrated. With the support of wife Winnie and other entrusted allies, the achievements of the ANC were outstanding. Personally, he made close to the ultimate sacrifice after spending 27 years in prison showing the international community what it can take to ignite change. Perceived as a terrorist by few but praised by many others worldwide, he is known as a positive civil rights leader who led a struggle for the emancipation of Black South Africans while setting an example for all other nations with oppressive structures yet to overcome. He talked of being “able to rise above racial injustice and segregation to reach harmonious relations…”

We want to salute a champion and merit an exemplary human being who said he would live or die for his ideal of a democratic and free society, as he challenged self-appointed supremacists wielding racism and segregation to justify the subjugation of others with a blatant disregard for human rights. He received the Nobel Peace prize in 1993 for his efforts towards his vision for South Africa. To some he was an uncle, a distant relative with a noble cause even I felt part of. And so we evolve with events and individuals that played a key role in bringing hope to future generations.

Inspired by Nelson Mandela, Cognitive Paths director Sibusiso, recount his relationship to the apartheid struggle in laymen’s terms, highlighting lessons learned and key educational points that inspire change from within. Promoting holistic awareness they provide young people with the tools to learn for themselves, exploring alternative perspectives in schools and community setting. Their work is linked to the SMSC “ Social, Moral, Spiritual, Cultural and Arts Award benchmarks.

“Utilising African-influenced philosophical principles such as Ubuntu Principles. Our unique South African approach combines the development and understanding of students’ social and cultural traditions with an appreciation of the diversity and richness of other cultures.”

Cognitive Paths in partnership with Ujima Radio and The Real Ideas Organisation have been identifying methods and areas to development greater partnership engagement with local arts and culture organisations, National Portfolio Organisation and schools. Our collective design of a cultural provision that is inclusive to other cultural perspective in both delivery and design. Our aim is to provide collaborative project based approach that can enhance the social, emotional and personal development of young people.

If you would like to stay in touch and find out more about our cultural education framework work development. You can register for our quality progress and partnership opportunities 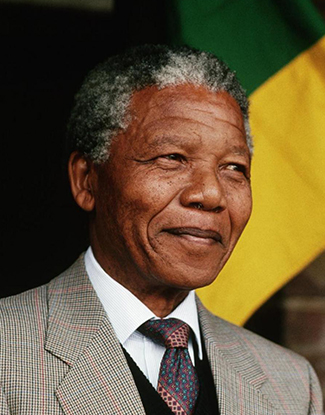